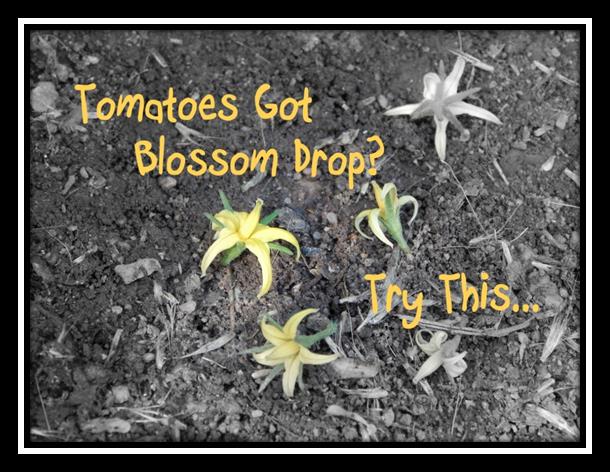 Back in the spring, while doing chores one morning, Miley noticed we had a small tomato plant growing by the barn. We left it there, and soon forgot about it as the busyness of the summer took over. Soon it grew large it was taller than the fence panels.

I saw it there but never paid close attention to it and just assumed it was a bunch of weeds until one morning when my niece and Miley discovered it was a tomato plant. It was loaded with blooms too, which made the discovery even more exciting.

Over the next few weeks we watched it and noticed the blooms were falling off and not setting. It had developed blossom drop which is caused by the tomato plant being stressed. I decided to do some research to see what, if anything, I could do to help it set fruit. I’ve had tomato plants develop blossom drop in the past and someone told me that it was caused by the temperature, either being too hot or too cold. I assumed that nothing could be done about it, which is true if the temperature is the cause, and settled for a tomato-less summer that year.

As I did research, I was surprised to learn that there are several causes for blossom drop such as:

I had used up my tomato fertilizer and didn’t want to buy another bag since I was done fertilizing the tomatoes in the garden for the year. So I did a little research and decided to try a few things I had on hand. I figured since it was a volunteer plant, if it worked… great, if it didn’t… well, I wouldn’t be losing anything. I put a gallon of water in a bucket and mixed in these three things:

I poured the mixture around the base of the plant. Surprisingly, within a couple of weeks, I noticed all sorts of little tomatoes forming, and now it’s loaded with them.

I think the nutrients I added were just the right amount to give it the boost it needed to go ahead and produce fruit. 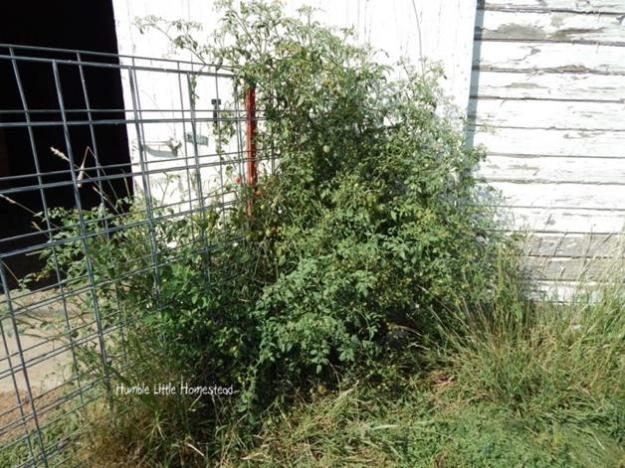 I can’t guarantee that this will cure every case of blossom drop, but I do feel confident enough that if I have this problem again, I will do the same thing. So far, that’s all I’ve ever done to this plant… I haven’t even watered it.

As for how the tomato got there… well that remains a mystery. It appears to be a grape tomato, which is even more puzzling because we’ve never grown that kind here before. The only thing we can think of is it probably came from a seed of a grape tomato that was in some table scraps that we tossed out for the chickens.

Or perhaps the chickens secretly planted it…

so they’d have tomatoes of their own since I don’t allow them in the garden.

Have you had problems with blossom drop? If so, did your tomatoes come out of it?

This was shared at: 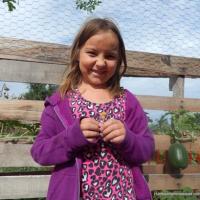 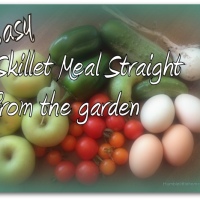 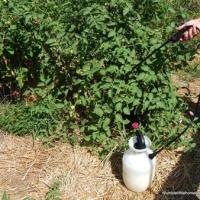 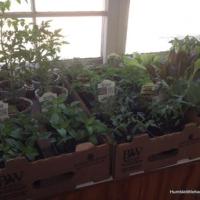