Last weekend we had all sorts of stuff going on. We planned to process chickens and turkeys but it was so cold and windy. When the wind is blowing it’s hard to keep the fire going under the pot of water that we use to scald the chickens, so we decided to wait one more week to process chickens. Since we skin the turkeys, we decided to go ahead and process them.

Michael and Brooke did the processing…

Brooke normally helps out with processing but this time she did all of the processing herself, except for the slaughter. We are proud of her and I happened to think she’s very brave. I’d love to learn how to process but for some reason just can’t get myself to do it. It’s one of my goals that I’d like to accomplish sometime…I just don’t see it happening anytime soon. For now, I’ll be content with watching and being in charge of icing the birds down.

Me, well I worked on getting a batch of apple butter canned. I had put the apples, sugar and spices in the crock pot the afternoon before. It took all night and most of the next day for it to cook down…

Once the apple butter was the right consistency I canned it.

If you haven’t made apple butter before, you must do it. If for nothing else but to make the house smell delightful… it was way better than a candle! That was the last canning project of the year. It feels good to finally be able to pack up all the canning supplies and get the clutter out of the kitchen.

After a couple days of letting the turkeys sit in ice water, we bagged them up for the freezer.

This year we’re trying out shrink bags for the first time. It was a little difficult to put them on the turkeys because we didn’t have a pot that was quite big enough, so we had to pour water over the top of them. We didn’t get a perfect air tight seal, but close enough. I think it will be better than press n seal and aluminum foil that we used in previous years. The turkeys won’t be in the freezer all that long, so it should be fine. They dressed out at 19 and 21 pounds, so we’re getting better at growing them to the right size. Previous years they grew so big we had to cut them up to fit in the pan because there was no roasting pan to be found that was large enough to fit them in.

It’s nice to have our Thanksgiving and Christmas turkeys in the freezer… one more step closer to being ready for the winter. 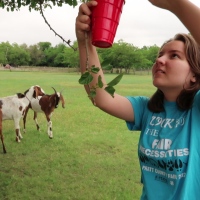 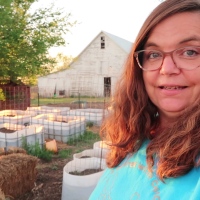