One day I was doing some research on some issues I was having with my garden. I came across a forum where there was a discussion about using raw milk on the garden. It was very interesting and I wanted to learn more, so I did more research. There isn’t a whole lot of websites out there that have good, credible information on it, so most of the information I’ve gotten has been from reading others’ experiences with it. But after considering all the claims about it working, then all the claims about it not working, and everything in between, I felt like there were enough positive results reported to try it. I figured if I tried it and it worked it would be great. If not, my garden couldn’t be any worse off than if the fungus and bugs continued to take over.

Most of the articles I’ve read have stated that raw milk is a great fertilizer, insecticide, and cures or prevents disease. The enzymes in raw milk break down the food into more usable forms for both plants and microbes. Pasteurizing milk destroys those enzymes, so that’s why raw milk is the better choice to use for fertilizing. Milk contains one of the best natural sugar complexes, including the enzymes to utilize these sugars, which increases the sugar level in the plants. There is a theory that insects don’t bother healthy plants because the healthier the plant, the more sugars they contain. Insects can’t process sugar so they will leave the plants alone. I have noticed that to be true, especially with the squash because the bugs are there, but don’t seem to be bothering the plants as much. As a fungicide, raw milk works great for curing powdery mildew. It also controls black spot and other fungus but works better as a preventative more so than a cure. No one knows exactly how it works as a fungicide, but it appears that the proteins in milk seem to have an antiseptic effect to the plants when exposed to direct sunlight. So spraying is most effective in direct sunlight.

For about two months, I’ve been spraying my garden weekly with a 50/50 mix of raw goat milk and water. I put it in a pump sprayer and set the nozzle so that it sprays a fine mist. For tomatoes, I spray them enough that the leaves are covered but not dripping wet. 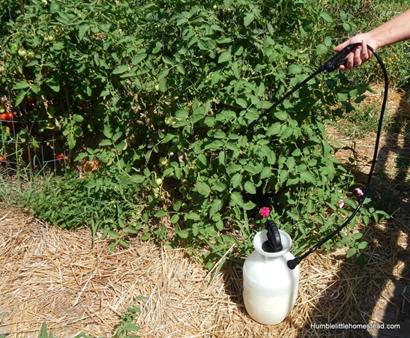 I have several pathetic looking plants. For those, I not only mist their leaves, but I also set the sprayer to a stream and spray the soil around the base until its damp. As you can see, there is new healthy looking growth on the top of the plant, which started growing shortly after I started spraying. 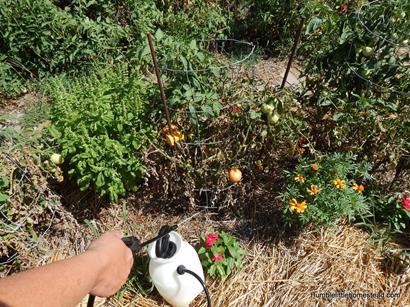 I’ve noticed the most results with the zucchini plants. They seem to be growing well despite having a lot of squash bugs in them. I lightly spray the leaves, then set the nozzle to stream and blast the bugs off of them. I make sure to cover all the stems until the milk is running off.

The okra has also grown a lot and seems to be more full and bushy compared to last year’s crop.

My cucumbers and sweet potatoes have grown so fast lately that I haven’t had time to keep a path cleared between them so they are all one tangled up mess. But it’s a good tangled up mess to have. 🙂   I’ve read that cucumbers, like squash, thrive when sprayed with milk. Since living here, I’ve had a hard time getting cucumbers to grow for some reason, so I’m happy to finally have a small patch that’s growing and actually producing! 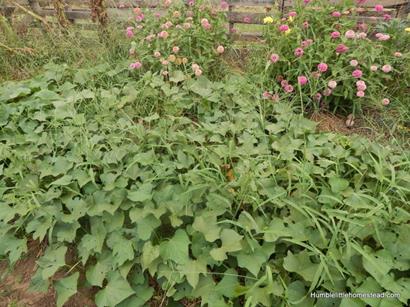 So you’re probably wondering if my garden reeks of sour milk…. surprisingly, it really doesn’t. For a couple days after I spray, I can smell the milk, but I wouldn’t say it smells sour. Now the zucchini that I heavily spray… well that’s another story… it flat out reeks! As long as it keeps the squash bugs under control, I don’t mind plugging my nose when the zucchini is ready to pick.

From my little experiment so far, I feel my garden has benefited from raw milk.  Have you used raw milk on your garden? Do you think it works?

It seems to make flowers grow well too…

and best of all…

since it doesn’t harm beneficial insects,

the butterflies stick around.

This post is linked to The Homestead Barn Hop ,  Garden Tuesday Hop and Green Thumb Thursday

10 thoughts on “Raw Milk, Good for the Garden?” 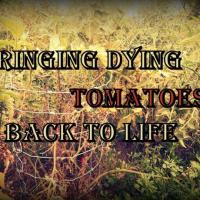 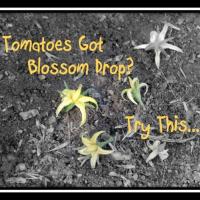 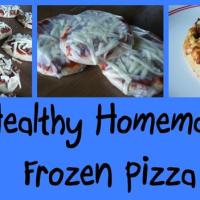